hard-earned! Reexamination of the health of the first "frozen baby" in China

Recently, the Beijing Obstetrics and Gynecology Hospital welcomed a special baby, the first natural pregnancy in China after a successful transplantation of frozen ovarian tissue.
The 45-day re-examination results show that all the indicators of the baby are normal and all are in good health.

Ovarian tissue cryopreservation transplantation is to remove part of the patient's ovaries and freeze them. After the patient has recovered, the frozen ovarian tissue is transplanted back into the body. In this way, the patient's fertility and normal ovarian function can be extended for 10, 20 or even 30 years.

Ovarian tissue frozen for two years returned to the mother to give birth to a healthy baby.

Holding her sleeping child, Ms. Li came to the 13th floor of the ward building of Beijing Obstetrics and Gynecology Hospital and pushed open the door of Ruan Xiangyan's office. "Director, the child's re-examination is very healthy. Look at the checklist. The height is 54.5cm and the weight is 4720 grams!" 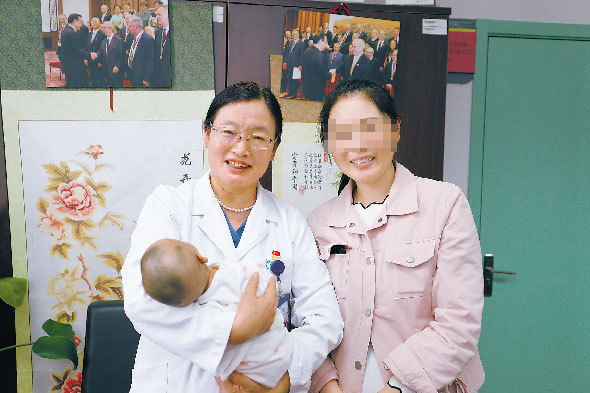 Ms. Li is the first patient in China to become pregnant naturally after transplantation of frozen ovarian tissue. Five years ago, she made the decision to accept ovarian tissue cryopreservation here.

In April 2016, Ms. Li was diagnosed with myelodysplastic syndrome, and bone marrow transplantation is the only cure. But a large dose of chemotherapy before the transplant will severely damage her ovarian function and may lose the chance to be a mother forever.

At that time, Ms. Li was only 29 years old, and the news kept her awake all night. In response to this situation, the most conventional way is to freeze eggs, but Ms. Li, who is already in poor health, still has no mature eggs available after two weeks of ovulation induction injections. Inadvertently, Ms. Li learned that "the Obstetrics and Gynecology Hospital is carrying out the experiment of ovarian tissue cryopreservation."

On September 25, 2016, ahead of chemotherapy, the Ruan Xiangyan team at Beijing Obstetrics and Gynecology Hospital removed half of Li's ovaries and processed them into 23 ovarian tissue slices as thin as cicada wings. A week later, the bone marrow transplant went smoothly.

In September 2018, Ms. Li's primary disease has been completely cured and has her own "small family". At this time, she thought of the ovarian tissue that was frozen two years ago, so she went to the Beijing Obstetrics and Gynecology Hospital to find Ruan Xiangyan. 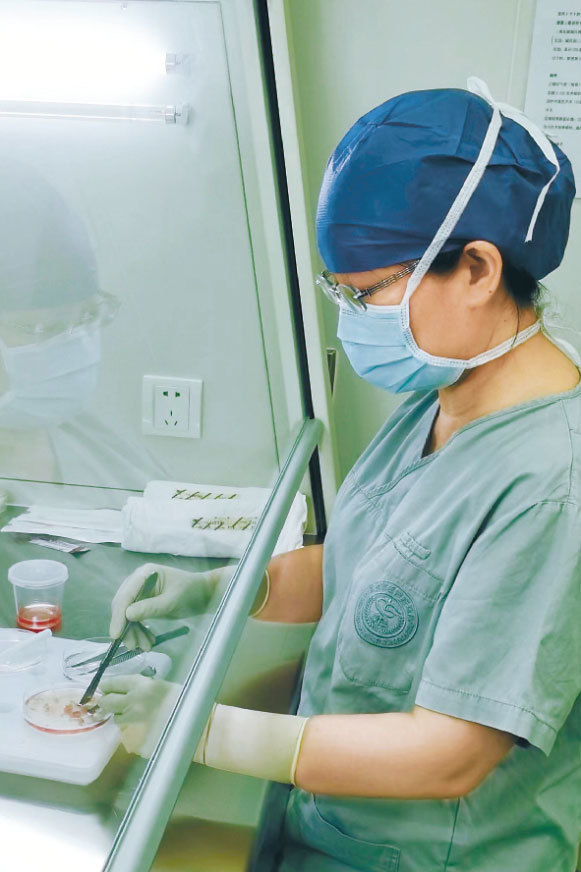 On August 31 this year, a new life came into the world. "the weight is 3345 grams, the height is 49 centimeters, the score is 10, the development is very good!"

The birth of the "cryopreserved baby" is the third breakthrough in the history of reproductive medicine in China after the first successful transplantation of frozen ovarian tissue in 2016 and the first natural pregnancy in 2020.

This is not only the miracle of medicine, but also the gospel of cryopreservation to mankind! There are many opportunities for new life in the liquid nitrogen cryopreservation tank at minus 196 ℃. At the right time, they will be "awakened" and retransplanted into their owners. 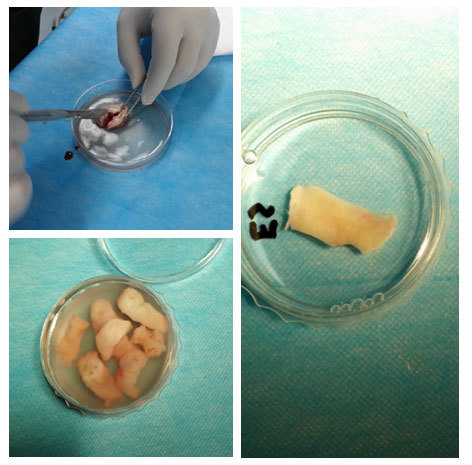 At present, in China, many medical institutions and scientific research institutes have carried out the research and exploration of cryopreserved ovarian tissue one after another, and Shandong Yinfeng Institute of Life Sciences has also followed the trend. In cooperation with clinical and scientific research institutions such as the diagnosis and treatment Center of Infertility in Qilu Hospital of Shandong University, effective exploration has been made in the vitrification cryopreservation of large chunks of ovarian tissue, and the vitrification and resuscitation of 15 cases of human ovarian tissue have been carried out. At the same time, our hospital has continuously explored the preservation and resuscitation of stem cells and set up a tissue and organ bank, which has achieved cryopreservation and resuscitation of skin, severed fingers / toes, valves, amniotic membranes, blood vessels and ovarian tissues.

We expect that with the promotion of tissue cryopreservation transplantation technology throughout the country, there will be more hope for patients to regain their lives in the future.