The human body is composed of about 40 trillion-60 trillion cells, composed of cells with the same or similar morphology and function and cell stroma. The structural unit composed of multiple tissues that can perform one (special) function is called organ. The four major tissues of human body are: epithelial tissue, connective tissue, muscle tissue and nerve tissue; The structural features of different organs are adapted to their functions, such as the sensory organs such as eyes, ears, nose and tongue, and then heart, liver, lung, stomach and kidney of internal organs. 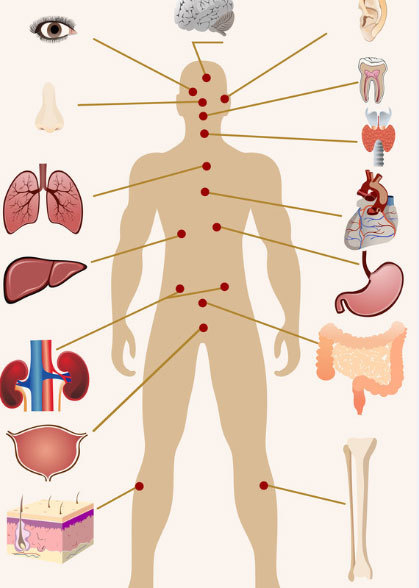